The Aha Moments – How Entrepreneurs Realized What To Do In Life 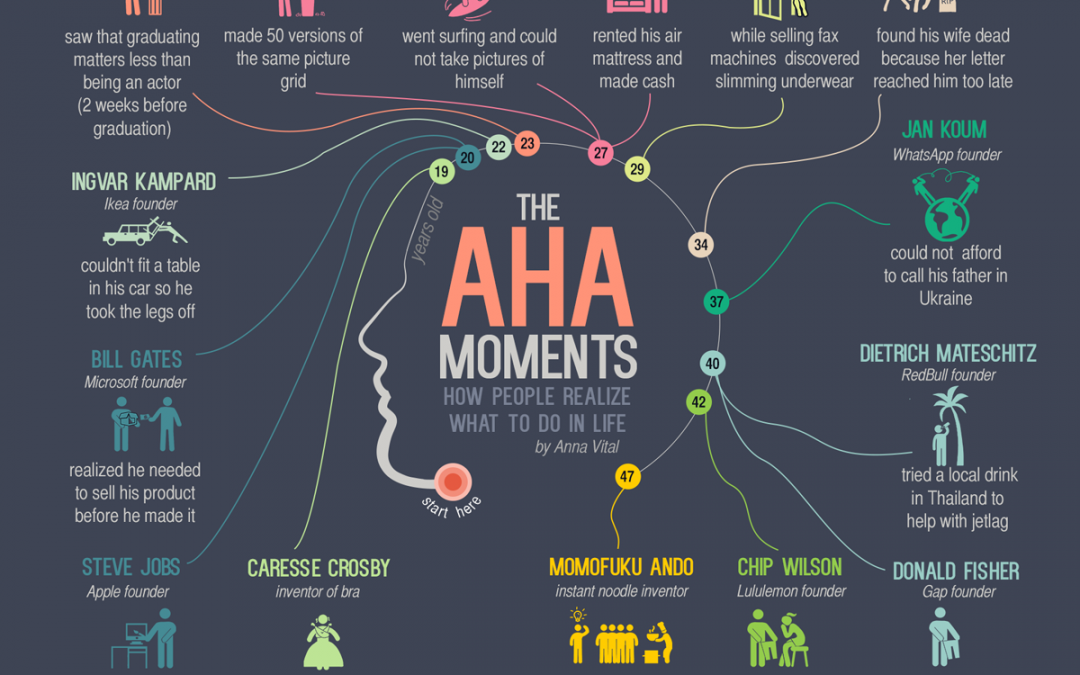 It only takes a second, a sudden impulse, to realize that you actually have an idea.

This moment usually comes after individual research, long discussions with others, or a life changing incident which pushes you to develop an idea into a product or a service.

Once you think you found it, and the idea becomes clear in your mind – that’s the a-ha! moment. This moment is the first thing I ask entrepreneurs about; it helps me to understand better than anything how personal their commitment to their startup is.

Anna Vital lists a few of the most interesting a-ha! stories coming from successful people who managed to invent great solutions, from Donald Fisher to Brad Pitt to Steve Jobs.

Here are some of the most interesting stories:

Nick Woodman, GoPro founder: Went surfing and could not take a picture of himself.

Samuel Morse, inventor of the telegraph: Found his wife dead because her letter reached him too late.

Ingvar Kampard, Ikea founder: Couldn’t fit a table in his car so he took the legs off.

Steve Jobs, Apple founder: Wanted a computer interface as pretty as the calligraphy on his college campus posters.

Caresse Grosby, inventor of the bra: Could not fit her bust into a corset.

Bill Gates, Micorsoft founder: Realized he needed to sell his product before he made it.