Mobile devices are now the most popular platform for interacting with marketing emails, but it’s becoming increasingly difficult to turn those opens into clicks, according to a recent report from Campaign Monitor.

The analysis of 6 million email marketing campaigns sent by Campaign Monitor found that 41% occurred on a mobile device in 2013, compared with 28% on a desktop and 22% via webmail.

This shift towards mobile has been rapid: From 2011 to 2013, email opens on mobile devices increased 30%. 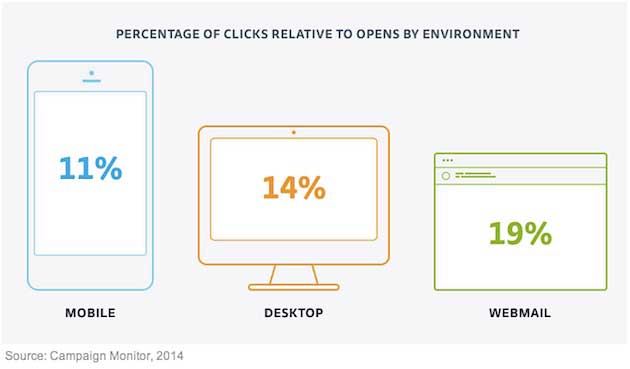 Moreover, the percentage of clicks relative to opens has steadily decreased on mobile over time, even as it has stayed fairly steady on webmail and desktop clients, the analysis found.

This decreased initial mobile email CTR may partially be due to users’ increasingly “triaging” messages on their devices (i.e., opening them quickly then returning later to re-read/interact).

Overall, nearly a quarter (23%) of campaigns initially opened on mobile devices were later opened a second time by consumers (70% on the same device, 30% on a different device).

The analysis also found mobile readers who opened emails a second time from their computers were 65% more likely to click through, indicating that optimizing for both mobile email opens and later desktop interactions can have a significant payoff. 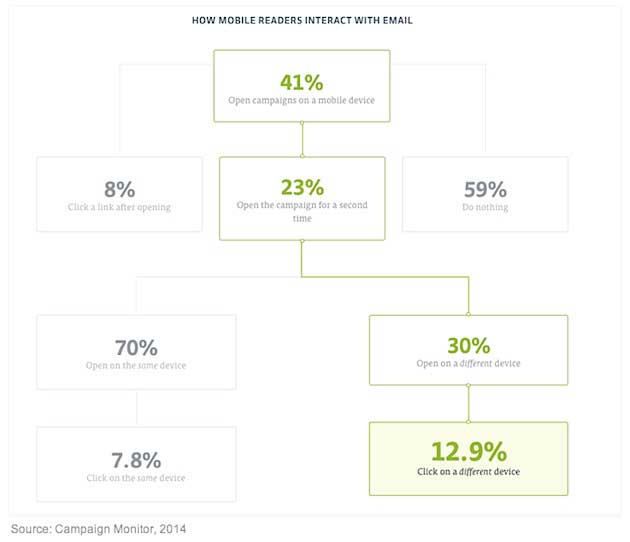